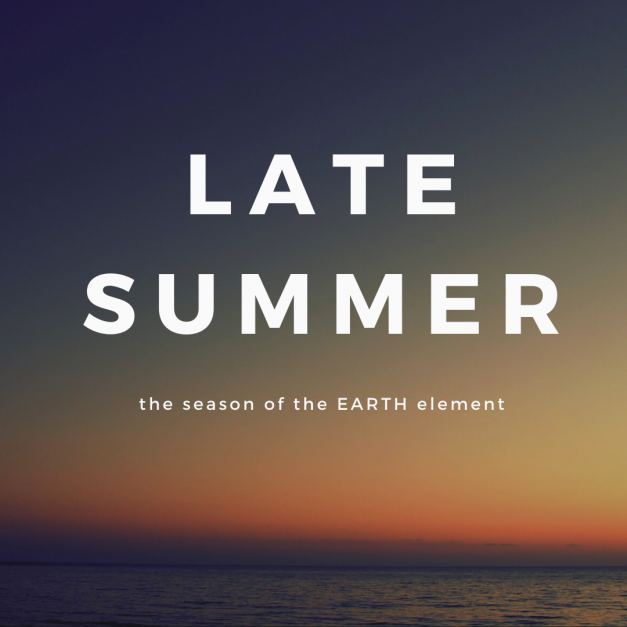 We know there are four seasons in nature, however Chinese medicine recognises a fifth season. This is the season of late Summer. A season not defined exactly but loosely regarded as the last month of Summer – February.

Late Summer is the junction of an energetic shift from Yang energy to Yin Energy. It is a time to pause and exist as if time is suspended. A time to live simply and without effort and haste. This is a time of harmonious transition between the Yang nature of Spring and Summer and the Yin nature of Autumn and Winter.

This time of year is often both hot and humid – a season of dampness. This is the environmental nature that is associated with the Earth and particularly with the Spleen organ.

The season of late Summer coincides with the Chinese Lunar New Year in the Southern Hemisphere and the midpoint of the Chinese lunar year in the Northern hemisphere. The exact date of the Lunar new year varies each year, visit here for your Chinese new year horoscope.

The flavour associated with the Earth Element is Sweet. February is a month when many fruits become ripe and sweet. Sweetness supports and nourishes the spleen however an excess can lead to dampness and contribute to a weakening of the spleen. Foods that can weaken the spleen can be found here along with foods that support the Spleen and Earth energy.

The comments are closed.

Shura Ford in the Media

Subscribe with us and we'll send you some interesting stuff.

Get in touch Book Now